As a part of my role as Noosa Library Service’s Artist In Residence, I was called on to build an obstacle course for an indoor drone racing programme. 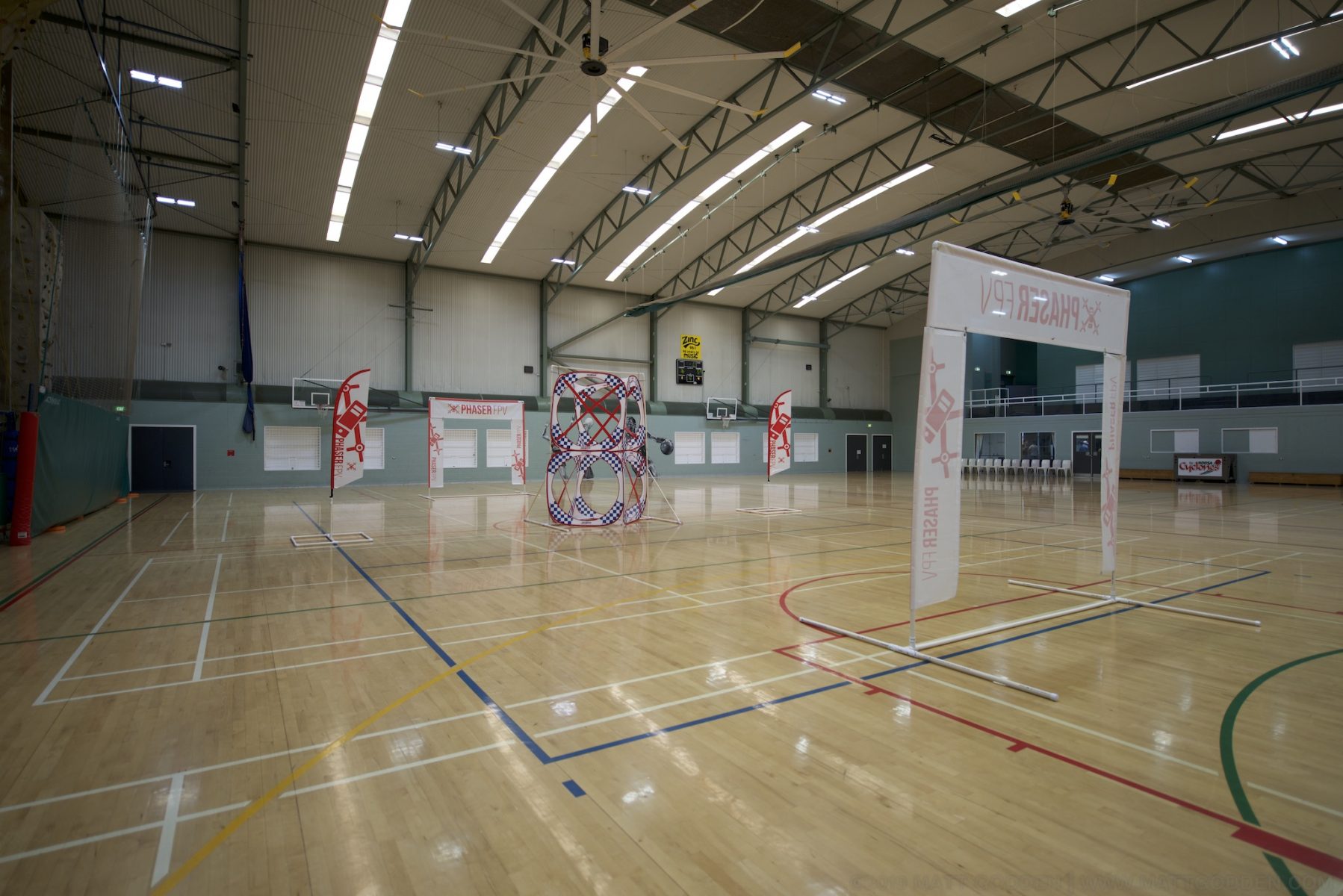 The people who were responsible for teaching the drone flight had specified a set of commercially-available flags, banner-gates and cubes which formed the obstacles themselves, and my job was to build the frames which held them.

The structures were built out of PVC pressure pipe, which is a useful material, in that it’s easily cut, can be glued together, but has a significant weakness – it flexes over distance, which was a problem for the cubestack, which tended to sag, given it’s flexing a lot of force through the joints at the base.

From the looks of things, I’ve build something that wasn’t widely commercially available before – a double cube stack obstacle.