2022 started with a sense of doom as the full ramifications of dropping border restrictions into Qld became apparent. That continued throughout the year, and for a full year I don’t think I attended a single restaurant in-person. I’m still in a mask whenever I visit any establishment of any kind. Those in charge of protecting our health have definitely decided that endemic sickness is cheaper than trying to prevent infection. The chief medical officer referred to it as a “reaping” of vulnerable people. Reaping of course being something done deliberately after sowing.

We had a release of a rescue lizard from the end of the previous year, and there was general lizardyness throughout summer.

Laser eye therapy – this was a big thing for the early part of the year. It’s unpleasant, somewhat painful, but the least nasty one could hope for. They repaired a spot of retinal detachment that had appeared, as well as some congenital retinal stuff I’ve had for years. Hopefully it will mean the problem is solved.

Covid shots continued, fourth and fifth doses. I injured my foot by wearing slippers… which is very me.

Bike-wise, I became more adventurous with maintenance. I pulled the chain for a deep clean, adjusted the brake callipers, pulled the wheels, and bought a standing trainer so I could get more exercise without having to actually travel outdoors where the plague people live.

In sculpture / welding progress, I had practice, made some improvements, but the setup and packdown time has really defeated me. For little individual tasks I expect to be able to work here, but needing a consistent, repeatable setup, this just isn’t going to work. The heat and fatigue just get to be too much.

Speaking of heat and weather – we had flooding of the river, unending rain, and then our roof flooded as a result of the air conditioner being set up in a way that caused it to never stop running, attracting so much condensation to its ducting that it shorted out our lighting circuit.

Domesticity led me to do a few things I should have done 7 years ago, and buy some storage furniture. I managed to hack together a nifty laundry hamper  from a shallow IKEA cupboard, as well as add some glass fronted cupboards above. This allowed me to bring a bunch of stuff home from storage – things like movies, games and (a small number of) books.

Storage cleanup was a big chunk of the year, sorting, reboxing, and stacking things to the ceiling in the storage tank. Seeing your life catalogued and labelled in an anonymous metal shed produces some mixed emotions.

I had some big writing projects this year – the first was a submission to the Australian Competition & Consumer Commission about Apple and eBook publishing. The second, a grant application to the Australia Council. The grant application has been particularly disappointing, both from the perspective of it being unsuccessful, but more so from the feedback being so generic that it reads like it wasn’t actually written in response to my actual application. In particular, a comment to include relevant support material, when I had included the maximum allowed support material raises a lot of red flags that the support material wasn’t even accessed.

Technology continued to be a struggle. I found  some interesting automation technologies that really opened up the possibilities for how I could do things, and build complex workflows. It’s empowering, which a lot of technology really isn’t any more. The end of the year also brought a constant struggle with system instability, which I suspect is due to my mouse. 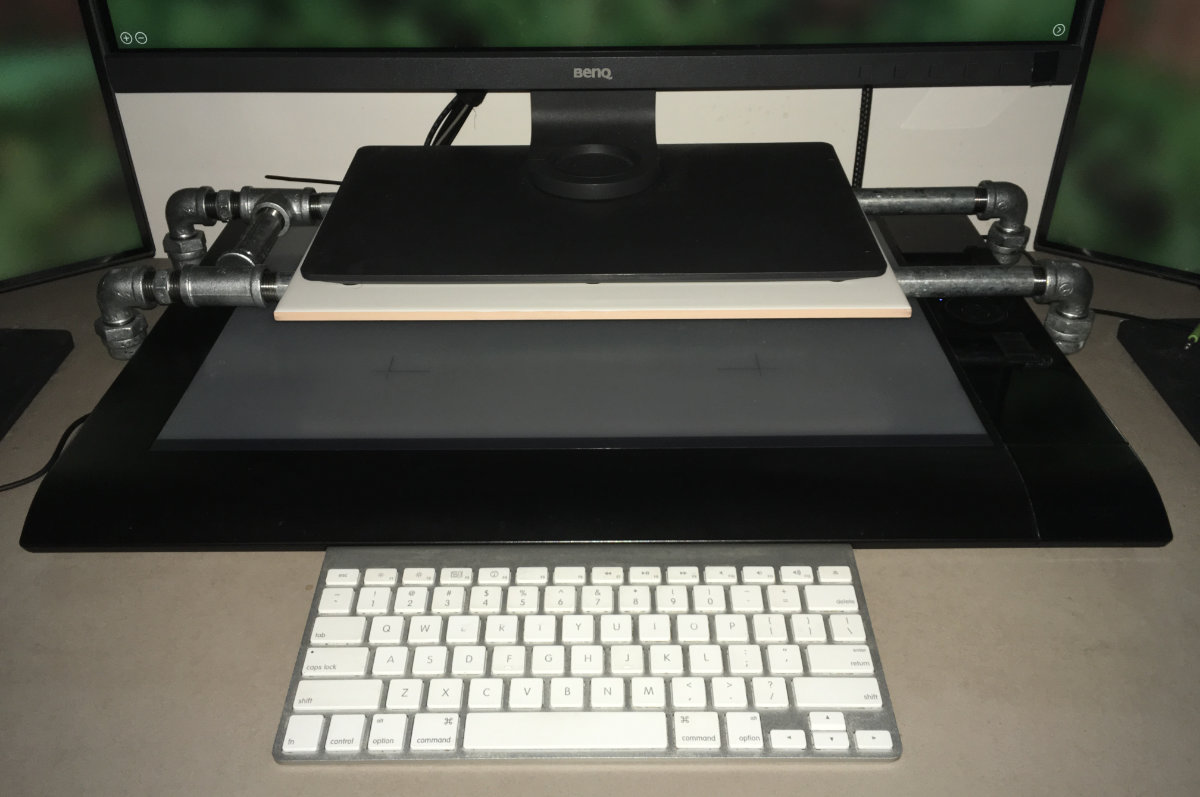 I built a nice little stand out of gal plumbing pipe, that lifts my display, and gives me a bit of extra desk space.

My Xbox headsets broke over and over, so I bought an expensive Bang & Olufsen one to replace it. It’s pretty nice.

In terms of space, we looked at a few houses, they were all terrible for various reasons.

Of course the big thing throughout the year was Russia invading and pillaging Ukraine. The world feels like it’s just tipping over the precipice and everyone is more concerned with making sure the champagne fountains don’t spill.